Even though music has been used in different sport scenarios for ages. From training sessions to warm up minutes before swimming for the Olympic gold.  We may not know the true emotional effect that selected musical patterns can have in the perception of the intensity of the particular athletic event.

We have seen Michael Phelps entering the pool or Serena Williams entering the court with a Wilson Blade and pair of headphones with the ubiquitous mp3 player and a question is always asked. What are they listening to? 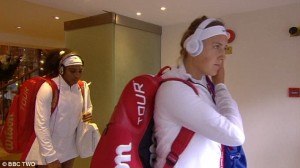 Research evidence suggests that some singular musical tunes can improve athletic performance by creating a mind set and driving attention to the association of musical perceptions and emotions to physical aspects of the athletic performance itself like breathing  pace and heart rate. In some other cases musical stimulus serves as a vehicle to dissociate pain and fatigue from mentally draining competences. In both cases visual imaginary plays an important role in bringing the required emotional responses. 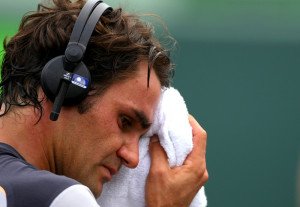 volumes act as a directing trainer. Fast tempi playlists are the choices when High Intensity Training is required likewise for recovering days, musical selections recall pleasant and slower rhythmical paces. Going further in the case of a variable intensity training sessions, playlists can be loaded with variable musical patterns for every intensity level of the performance.

Here is a cool tool to help you select the songs that will play along a training session. It is called the “Affect Grid” which was first created to asses affect along pleasure- displeasure and arousal –sleepiness but, that can also be used to create emotional associations to objects (songs). 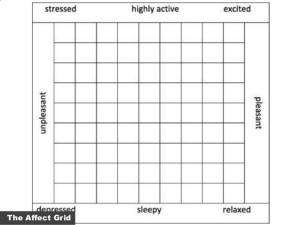 Pull together a bunch of songs that can last for the whole training session. Listen to them and mark one of the boxes of the grid to associate its individual emotional content. Once you have finished, load the songs in the desired order, starting from relaxation to excitement and to relaxation again if your intensity curve is increasing and decreasing with time. Load the top excitement songs if you want your training to have a steady pace throughout the exercise. Try different approaches and songs and find the couple of songs that make you peak at your best.  Share the results!

Tennis Plaza
We Serve Your Game!

How to choose your tennis racquet: tennis playing ...
Goddess and Conquerors
5 Tips to Improve Your Tennis Game
Revealing the new Babolat Pure Aero 2016.