Home » What is the best tennis ball for my court?
Spread the love

This is one of the most seen objects in Tennis and at the same time the least understood. Nearly five hundred million are produced each year and the making processes and materials dictate how they’ll perform. Tennis balls are one more link that adds up to a consistent player’s performance and every tournament with its exclusive balls, calls for a careful string and tension customization. 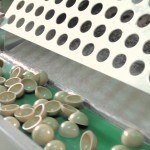 A mixture of natural and synthetic rubber and other compounds are used to create what will become a tennis ball. Temperature and heat are applied to pressurize air or nitrogen into the ball’s core. Most major brands classify balls into three categories. Professional balls, championship balls and recreational balls. Each with its own set of quality highlights but, due to its nature and the interaction with other variables like weather and court

type. Tennis balls performance can be affected. Pressurized balls lose bounce, felts wear out or fluff and Players need to learn how to deal with this unpredictable changes from tournament to tournament. 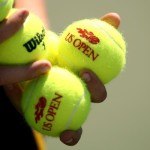 The most common tennis balls you’ll find at every court and tournament are pressurized balls. It’s a hollow rubber core that’s filled with air or nitrogen, as mentioned above. At the same time these are classified into: Extra duty balls that are designed for hard courts and grass with its thicker felt that will last longer than regular duty felt. When used at clay courts, the moisture and dirt make the felt fuzzy and the ball heavier, so it’s best to use stick to its intended use. For soft surfaces regular duty balls are the go to option as they tend to pick up less clay due to its thinner and less fuzzy felt. There are types of tennis balls that are used for training and so far no tournament has used them as the official ball. Pressure-less tennis balls have a core made out of synthetic threads or any other small material that helps maintain their durability and
consistency. Their core tends to last longer, therefore bouncing is not affected even though they bounce less than pressurized balls, and as far as the external felt; it is the same as on other balls and it will tear and wear the same way.

This’s a short video explaining how tennis balls are made.

Now the path has been laid for your next ball purchase. Take the time to read the labels and by trial and error find the balls that are best suited for your game. Not all balls are the same, some are harder and heavier than others and believe it or not small changes make greater improvements in the way your game develops. For an optimum sales assessment visit our stores, contact us at info@tennisplaza.com or give us a call at 1800 955 7515

Tennis Plaza
We Serve Your Game.

How do doping sanctions affect tennis players?
5 Tips to Improve Your Tennis Game
Why do men reject more Tennisballs than women on T...
The Modern Tennis ball