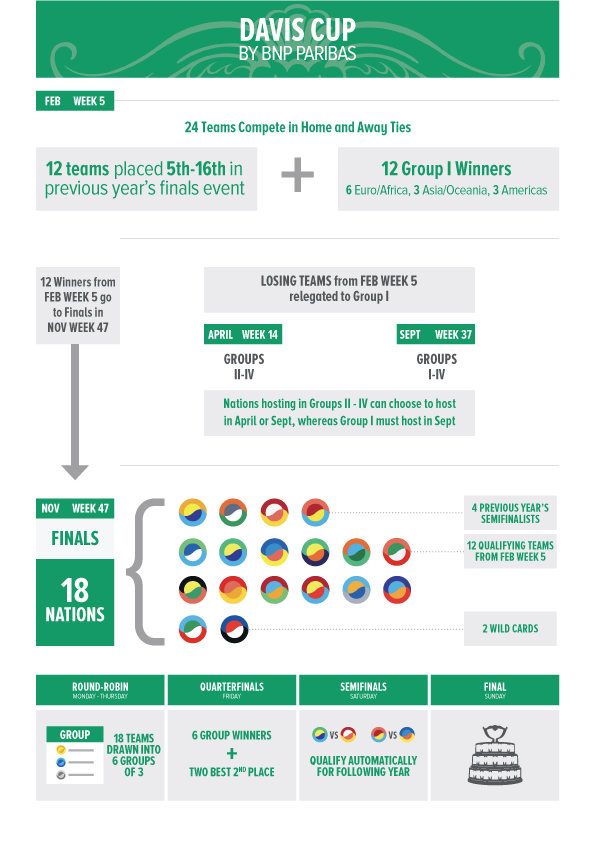 The only tournament, besides the Olympics, that let’s players play for their country rather than themselves is becoming a whole new one. The ITF has voted in favor of the new Davis Cup format. The new format was created and promoted by investment group Kosmos and will be the new face of international tennis for the next 25 years. Starting in 2019, the Davis Cup will be played as a season-end event in November and will include 18 nations. Here is everything you need to know:

Match Play: All matches will be best of 3 sets. Teams will play 2 singles and 1 doubles match.

The new format has been a very controversial one among former and current players. Some players, like Lucas Pouille and Lleyton Hewitt, have voiced their anger through social-media and interviews alike. Meanwhile, players like Rafael Nadal and Novak Djokovic seem to support the new Davis Cup.

Hopefully, for tennis fans worldwide, the new Davis Cup attracts the top tennis players of the world. This would create a team event with top level tennis, something the Tour has certainly been missing.

Miami Open, Just Around the Corner.
Y-3 Roland Garros 2016 Collection
Visit us During The Miami Open
The Modern Tennis ball