Home » How the ATP Ranking Works.

The ATP Tour is about to end in November, after the Paris Open. Only then will we know whose racquet is clearly going to the Barkley’s ATP Tour Finals, which allows the top 8 players to perform an intense tournament. Throughout the year, every Monday the ATP rankings are updated and little is known about how this ranking system works and how players keep positions and how they lose points. In some cases, we see a player that gets to play a final to only see his ranking points decreasing. How weird is that? The race to London calculation, defending points based ranking, masters 100, 500, 250. All of these conform the ATP player ranking  system and to better understand it from a general approach, we have created an illustrated cheat sheet to help you at home. 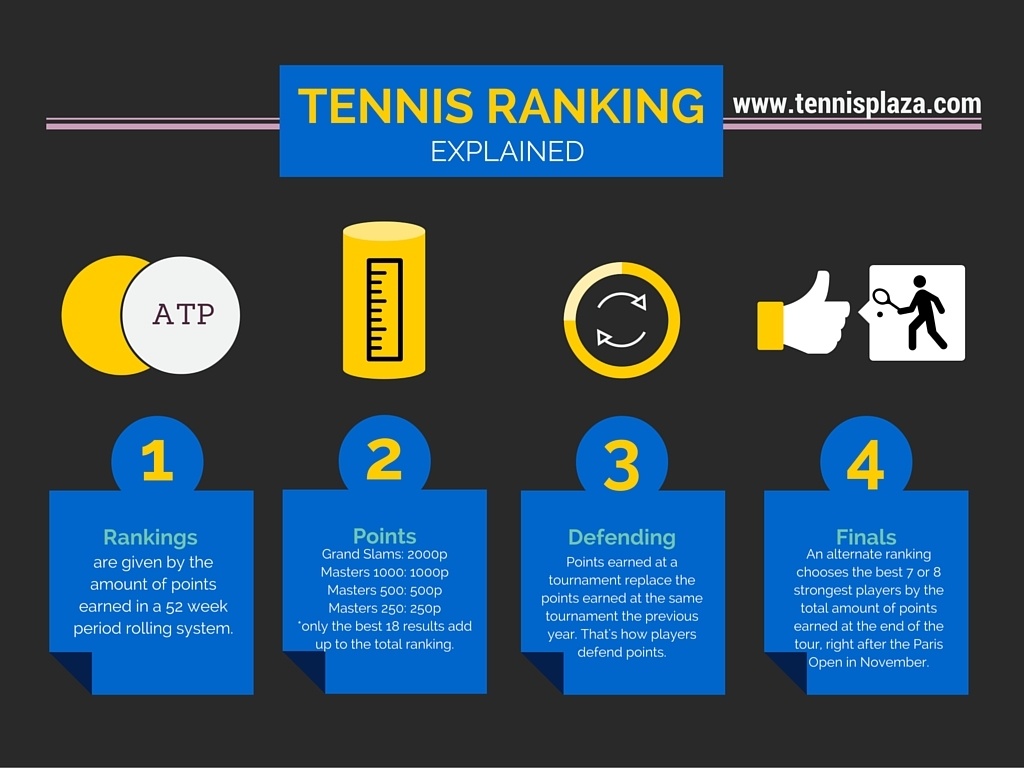 Seeded Players, are the top players who are selectively placed in a draw so that they won’t play against each other in the early rounds of a tournament. In a tennis Grand Slam only the top 32 players are seeded.

The 4 Grand Slams are Mandatory, for the top 30 ATP players also 8 Masters 1000. The ATP leaves up to the players to participate at the Masters 500 and 250, Challenger Tour, Future series and Davis Cup.

Points lost, if the player withdraws for injury from a Masters 1000 can be replaced by the points won at any other ATP Tour 500 or Challenger. 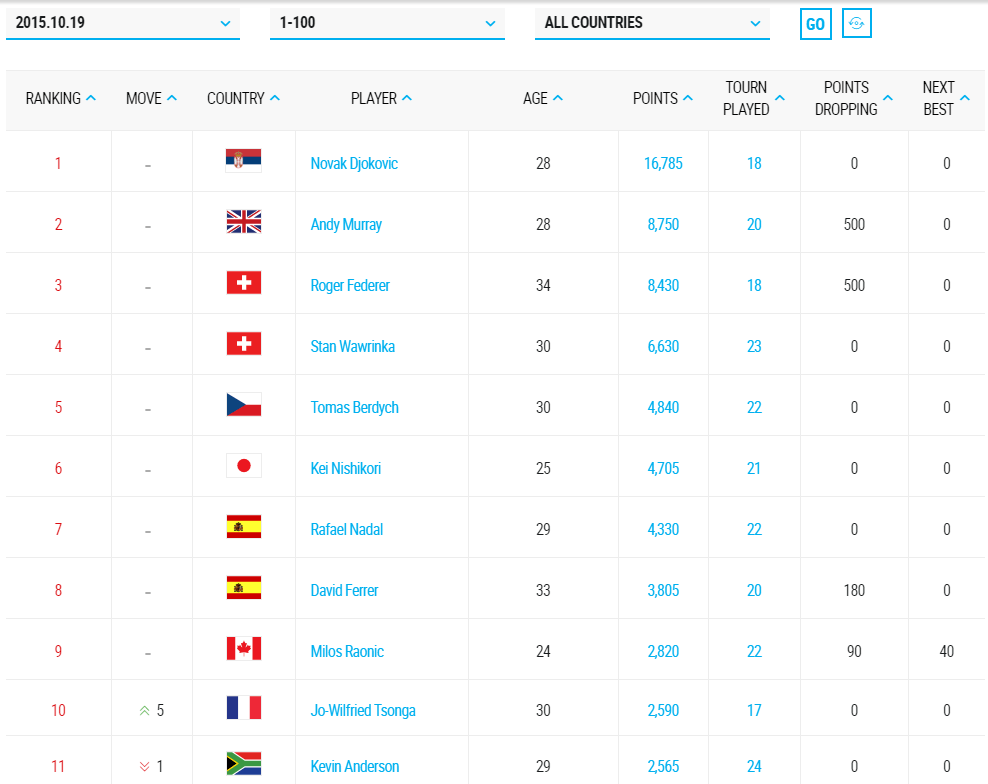 The 10 Signs Of a Crazy Tennis Fan.
Tennis for Beginners
Reasons why you should visit Tennis Plaza.
Six Curious Racquet Sports You May Not Know Existe...