Home » How to choose your tennis racquet: tennis playing styles. 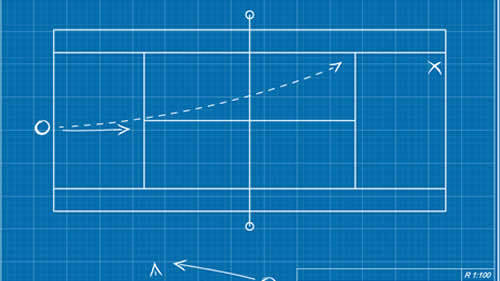 In an era of options, buyers can get lost in the increasing amount of tennis racquet models that brands release every year and getting hands on the perfect racquet is a matter of trial and error until you find your best friend for the court. This week’s blog will try to make things  a bit clearer for those who are ready to upgrade their gear or for those who just want to find their first perfect frame.

First things first. If you are after your first frame you should have a look at our article on how to choose your tennis racquet on our blog. There you can find all the basic information on grip sizes, racquet head sizes, most common weights, balance and stringing options. If on the contrary you have passed that level and want to step up, you’ll find this article interesting.

Tennis players often fall into one of the following categories depending on the way they play:

Baseliners: who are either of the offensive or defensive kind. These players try to return every ball and rely on the opponent making mistakes. The most common attributes are an incredible groundstroke, either forehand or backhand and a powerful serve. They will try to open the court with very accurate shots from side to side until spots are open and force an opponent’s mistake. For them, racquets that generate great topspin and power are de facto. Two of the most notable baseliners are Rafael Nadal with a Babolat Pure Aero tennis racquet and Kei Nishikori with the Wilson Burn tennis racquet.

Attackers: or Serve and Volley players are those who have a great net game and play with a very calculated hand for volleys and drop shots. They often rush from the baseline to the net trying to make it difficult for the opponent to find passing shots. Their racquets are control oriented with low to moderate power like the Wilson Pro Staff ,  Blade and the Head Speed and Radical.

All courters: or all-rounders. These players have developed a good level in every playing aspect of the sport. They are good at long shots playing from the baseline and  have the ability to read the court from the net and hit masterful shots from every spot  on the court. They are the most versatile kind and their game is the most difficult to beat for an opponent. They tend to use from control oriented frames that are accurate like the Wilson Pro Staff or the Head Speed to more control / power balanced frames like the Babolat Pure Drive and the Yonex EZONE and VCORE. Roger Federer and Novak Djokovic have been hailed by critics and commentators as the greatest all-court players of all time.

Shop Now and find the perfect racquet for your game.  Also customize your frame with all of the best tennis strings, overgrips, and tennis shock dampeners from your favorite brands.

Tennis Plaza
We Serve Your Game