You are into Tennis, we understand that and getting every bit of information is vital to develop your sport knowledge and your performance. From buying a tennis racquet with the right grip, head size and weight to getting the proper string sets and tennis shoes. We are here to serve your game.

You may have asked this yourself when you’re watching a game but, you don’t want to seem unintelligent among the finest sport fans ever, do you? The answer, sadly is that no one really knows the origin of this nonsense figures. At Tennis Plaza we got to the task of working out a reasonable explanation and not even google or historians gave us a straight, feasible answer.

Tennis, dates back to the 12th century in the monastic cloisters in northern France, it was played without a racquet, which came to use in the 16th century and it began to be called by the name we all know today, and the odd scoring system came along. 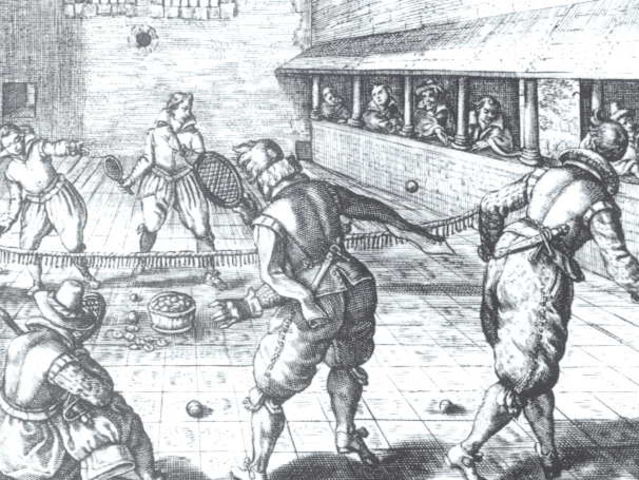 To cut the long story short, you have to win six games to win a set, and two sets (sometimes three) to win a match. Easy, right? No, not really. For your frustration, there are a couple of point definitions when things get to exciting. For you to win a game, it is necessary to score four points by a margin of two or more. What happens when all players are three points (tied at 40-40) is a deuce. The next point scored will be the advantage of one of the players and then after advantage the next point scored, will give you the game.

The most common scoring rules to win a match are.

Sports Historians say the term love is an English mispronunciation that comes from the French word L’oeuf that means egg and of course, it resembles the shape of a zero. There’s also a theory that states, that the word comes from “lof” an old Dutch or Flemish way to mean honor. There are people who play tennis for “lof” or honor, not for the final score. Despite the origins of the word, French don’t use it at all, they use Zero.

In the end. It doesn’t matter if you abide by the rules, as Jason Primm says “I like the old-fashioned touches that tennis has.” or come up with your own, informal scoring system to help keep track of the game while playing, as long as you keep hitting the courts.

We Serve Your Game!

How to Choose Your Tennis Racquet
Reasons why you should visit Tennis Plaza.
Tennis for Beginners