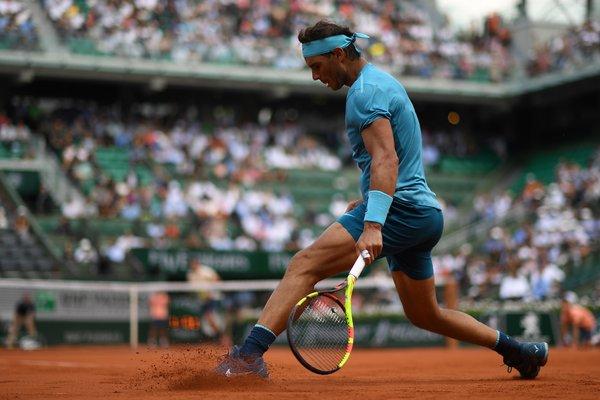 Clay Season is here and in full effect with no clear dominant player yet as the Roland Garros is just a few weeks away from starting. Watching all these greats battle it out on the red surface also means its time to start looking for Clay courts to play with your friends! It’s only normal to want to play on the same environment as the pros as they are playing on those courts so it isn’t surprising to see Clay courts being more frequently used during this time. With the Change in surface also comes a change in play and some players that would normally be dominant can be toppled.

With the change of Court, you can expect a change in play as well. What may work to win you the point in hardcourt may not work on Clay, knowing how to play the ball on clay can give you the edge to beat a player that seemed unbeatable on hardcourt. With the Change into clay court, one thing you can expect and take advantage of is that the conditions tend to level the playing field by reducing the effectiveness of the stronger players weapon.

When you change the surface of where you play, you can expect some changes to the equipment you need and the way you need to approach the game. When it comes to maxing out your potential on clay with equipment the only thing that is needed differently are clay shoes. Clay specific shoes have a tight tread pattern so that even clogged soles will grip the court. The ball also changes from extra duty to regular duty, extra duty has a much thicker felt making them exclusively for hardcourt. You can find all your clay equipment needs at Tennisplaza.com.  When it comes to approaching the game one must expect and embrace longer points and being patient throughout the match. With more rally plays and power shots becoming less effective the game changes and gives the player who has a wider range of shots an advantage. 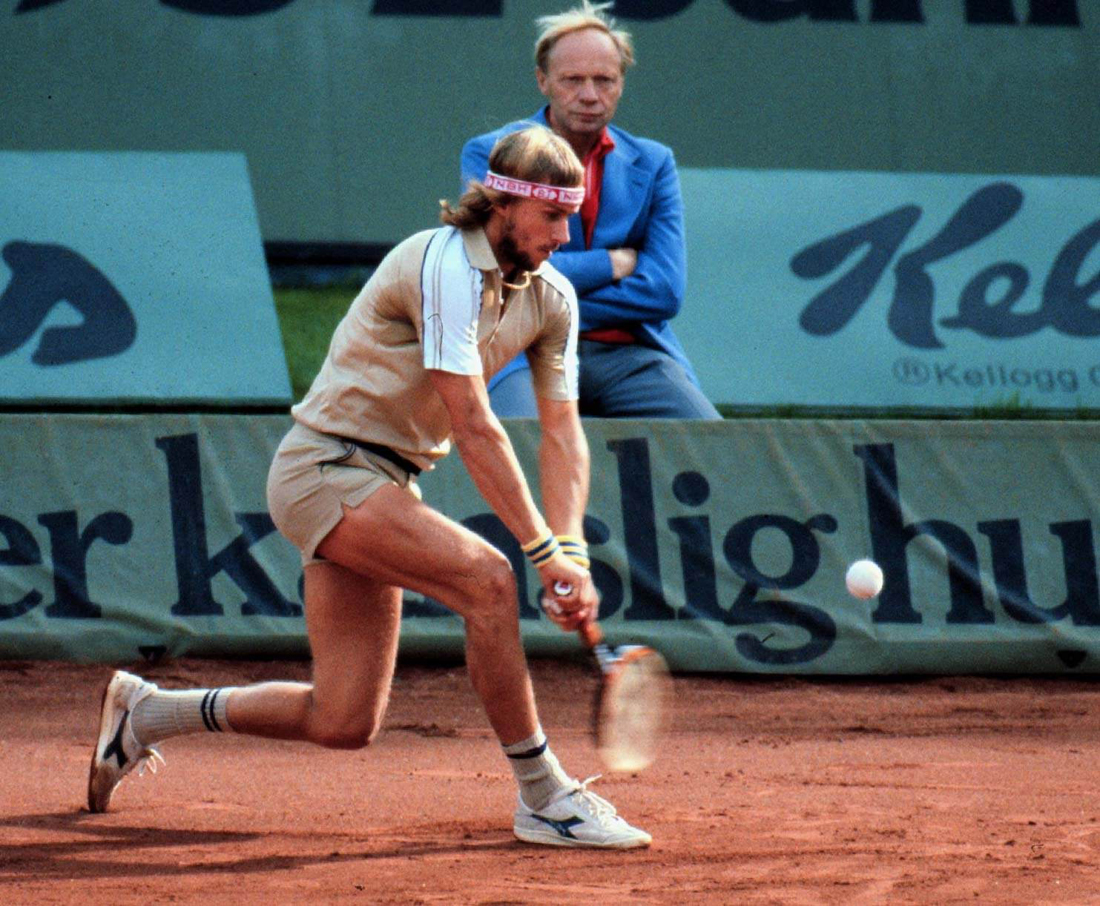 Stretching is very important before matches. With the ball being slowed down, more rallies are being played which require your muscles to be ready for long periods of movement. Movement on clay forces you to slide from one side to the other and play lower to the ground. Pulled groins and hamstrings, so common in clay matches, can be prevented to a large extent by a quick routine of stretches.

When playing on Clay you need to realize that it is more like a marathon than a sprint. You must develop physical and mental stamina to be able to fo the distance. Lack of preparation and physical conditioning will ensure defeat because remember, when you are physically or mentally tired you make low percentage shots. On clay the player who makes the fewest mistakes usually wins. So one key element to build on BEFORE clay season starts is to build up your endurance!

On a slippery surface, such as clay, it’s easy to lose your footing as you take off to run down a ball. Similar to a car stuck in the snow, flooring the accelerator will only cause the tires to spin out. The best way to achieve traction is to control that first step as you are transitioning from stationary to motion. A very popular technique many use when on clay is the sliding technique, it is an effective way to slow momentum and prepare you for the return. Although sliding into a shot is not essential, it definitely helps give you some time to think and prepare for your shot as you transition into a stop and are ready to position yourself for the return. 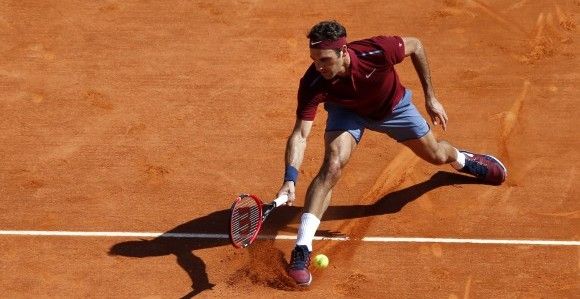 Playing on clay gives you a chance to use every shot in your repertoire. Clay gives you the opportunity to take advantage of various shots that you may hold in your arsenal. This forces players to move away from power heavy tactics and focus on hitting as many different shots as possible to keep your opponent guessing what might come next. Making sure your opponent doesn’t get comfortable is not easy, you have to use as many different shots as possible while also working on ball placement at different depths to assure that you are using as much of the court as possible. Cross Court shots should be the norm to slowly wear down your opponent while you wait for an opening to hit a winner. Along with crosscourt shots, you should feel encouraged to use drop shots, slices and topspin groundstrokes to keep switching the pace of the ball and keep your opponent hitting the ball defensively allowing for you to dictate the pace of the game. 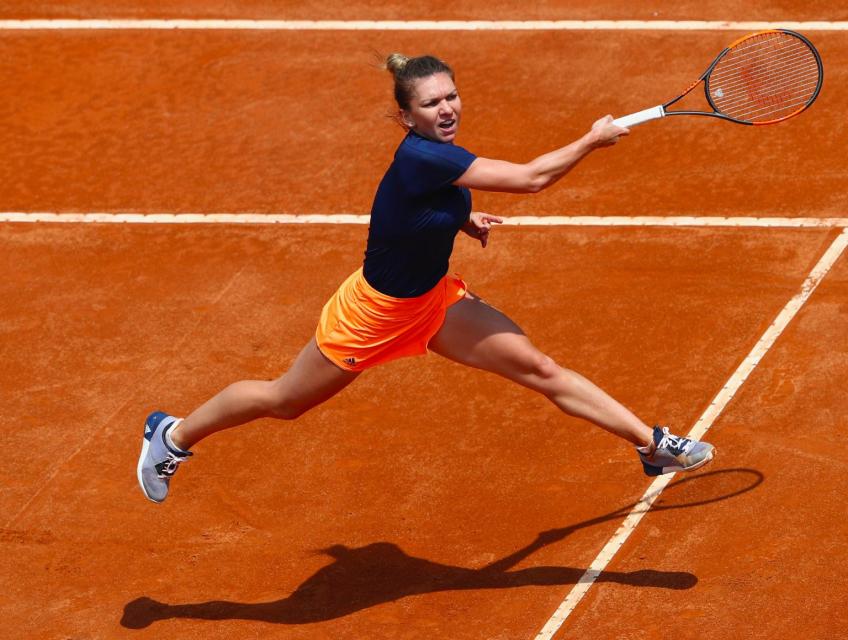 Clay is all about rally’s and because of that point construction is essential. The best thing to do is to keep your opponent running and hitting defensively until you find an opening for a winning shot. Cross court shots should be the norm mixed in with drop shots, slices, topspin groundstrokes all with varying depths to keep your opponent hitting safe shots close to the center allowing you to position yourself confidently and dictating the pace of the game. Don’t waste your energy on hard serves, Try to serve wide to be able to get your opponent running from the start. Patience is key when it comes to constructing points so be patient and wait it out to limit your forced shots.

If you enjoy the serve and volley game you can still be effective on clay but need to remember one thing, its all about the angle. The more angled your serve and volleys are the longer distances your opponent has to run and can leave you with a wide open court.  Remember, your opponent will also be trying to construct his or her points so it’s very important to begin the point in a dominant position to have the upper hand because be assured they will be trying to do the same thing to you!

To keep it Simple just remember these 7 tips: 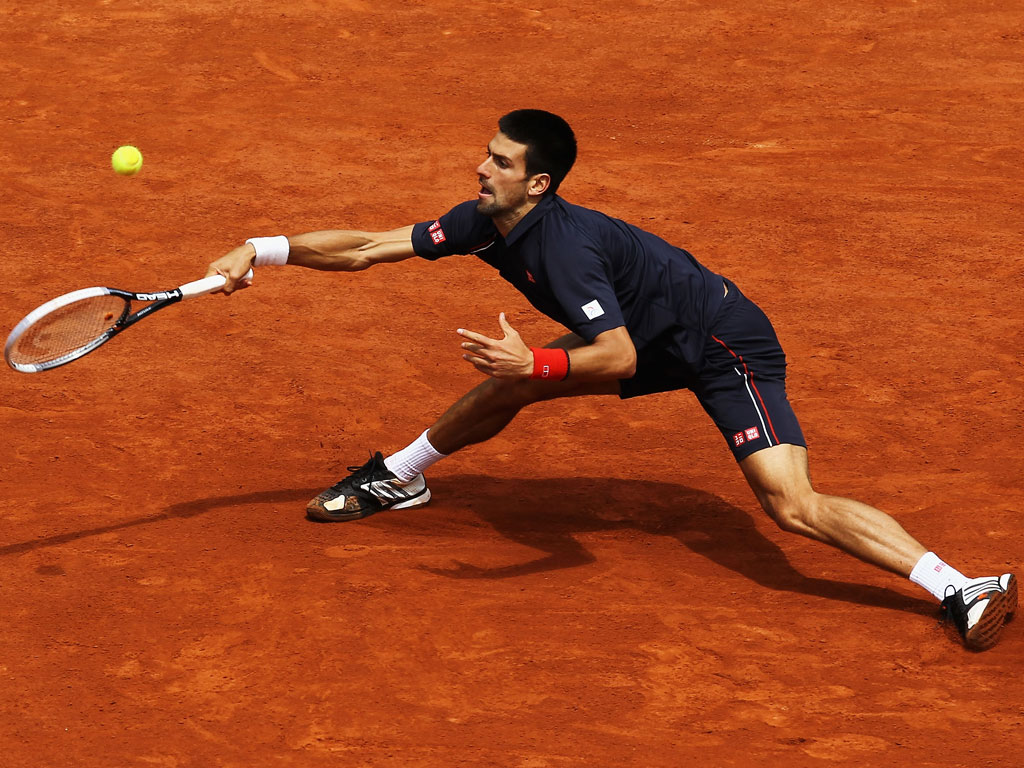 Match-Fixing Scandal
Wilson Clash 2019
How do Top Tennis Players Deal with the Quarantine...
Visit us During The Miami Open