Triniti, the Modern Tennis Ball is here. Wilson LABS has pushed the envelope again with their latest project named Triniti. What began as a mission to create more sustainable ball packaging gave way to the first major innovation in tennis ball technology in half a century. Wilson LABS was able to create a high-performance tennis ball delivered in a fully-recyclable package. In so doing, Wilson became the first tennis brand to take a major step towards a more sustainable future for the sport.

THE FUTURE IS IN YOUR HANDS

This process all began with Wilson LABS never settling for the “if it ain’t broke, don’t fix it” mentality. Wanting to produce a modern ball the team knew they needed to incorporate some method that will help reduce the environmental impact of tennis ball packaging. The LABS team knew what they needed to do: create a tennis ball with a bounce that is not only as lively and consistent as a high-performance ball, but that is also somehow able to maintain these characteristics outside of a plastic, pressurized can. 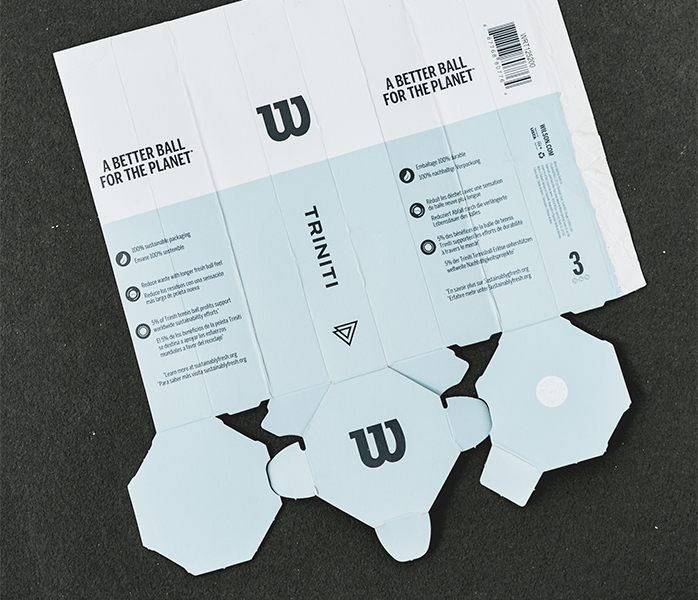 The team worked with Dow Chemical Company to integrate a low-density plastomer into the ball core’s existing rubber compound. This gave the product the desired rebound and playing characteristics, without the usual amount of pressure. The new core features a thicker wall but its lightweight structure keeps the ball playing the same as before. For reference, a standard US Open Extra Duty Ball Core is 3.4 mm, the new Trinti Core is 4.8 mm, approximately a 40 percent increase in wall thickness. On top of making the ball more lively and consistent, the increased wall thickness moved the ball’s mass closer to the center of the core, decreasing the moment of inertia and allowing players to play with more spin while exerting less energy. This enhancement to the core allows for the Triniti to fulfil its goals for bounce, consistency and durability. 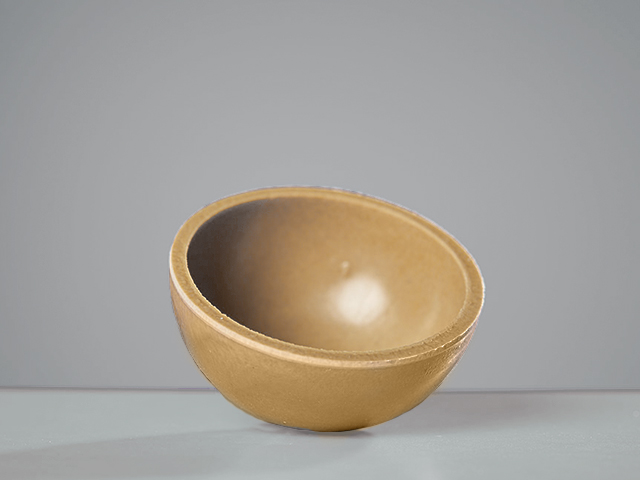 The new Eco-Conscious Triniti: Gentler on the earth, same high performance. The first performance tennis ball designed with fully recyclable unpressurized packaging, that is ITF -International Tennis Federation- approved along with 5% of profits supporting worldwide sustainability efforts. Triniti pushes the limits of sustainable performance by integrating a unique plastomer material that impressively extends the fresh ball feel along with STR Felt (Stretch Felt) that provides enhanced durability and is 50% more flexible than the standard ball for better feel at contact. By combining the new core material with a more flexible felt, the ball plays just as lively as any standard ball on the market, allowing for the first high-performance ball that could live outside of a pressurized sleeve. 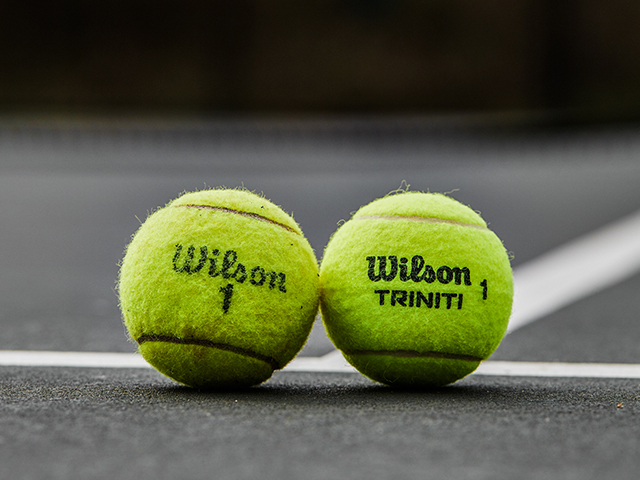 It’s about More than the Ball

This was no longer just about the ball. Once the LABs team was satisfied with the ball itself, Wilson Product and Design Teams began working on the ball’s all-new sustainable packaging. To create it, Wilson teamed up with the world’s leading supplier of sustainable packaging materials: BillerudKorsnäs. Together they developed a fully recyclable package made from FSC-certified materials –the first of its kind in the high-performance tennis ball industry.

The vast majority of tour and college level players can differentiate changes in equipment. The LABs team decided to conduct a blind playtest, meaning that they didn’t mention anything about the ball’s characteristics in order to avoid any preconceived perceptions. The LABS team put Triniti through the ringer, conducting extensive testing with ATP, WTA and NCAA tennis players. The verdict? All throughout testing, not a single player mentioned anything about the ball’s pressurization. 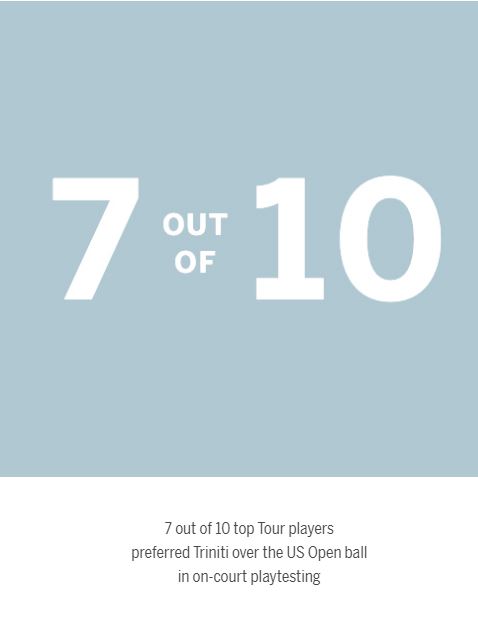 How do Top Tennis Players Deal with the Quarantine...
Federer Announcement Drives Fans Wild!
Gearing Up for the Court vs COVID-19
Tennis Plaza FAQ.