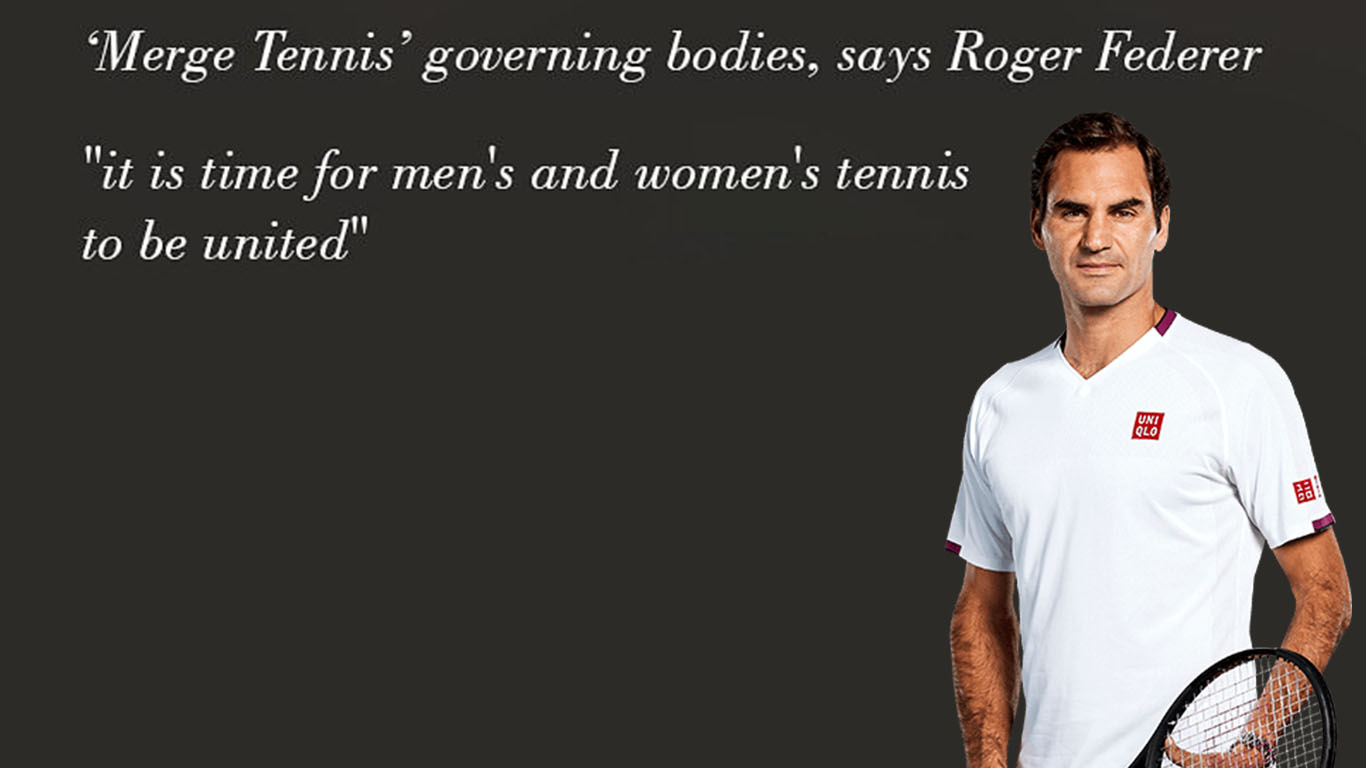 For decades, professional tennis for men and women have been governed and oversaw by two major bodies, the Association of Tennis Professionals (ATP) and the Women’s Tennis Association (WTA), both of these entities have been in charge of organizing, regulating and offering international tennis tours. After the coronavirus outbreak, both ATP and WTA have shut down their tours for at least four months, leaving uncertainty about when the agenda be resumed and opening a window of opportunity for new big changes. Recently, Roger Federer, known as one of the best and most famous tennis players of all times, opened a debate about merging these two governing bodies. Via Twitter he said “Just wondering … am I the only one thinking that now is the time for men’s and women’s tennis to be united and come together as one?” creating speculation and multiple opinions regarding this possibility.

Despite, Federer has not been the only player who has ever questioned about this topic. In fact, Billie Jean King, WTA’s founder, and several other female tennis personalities have also fought for this to happen since the 70’s; King responded to Federer’s tweet affirming that she is glad their finally on the same page, nonetheless recognized to the New York times that this dream of hers brings with it a lot of challenges and hard work “But I’m taking a deep breath here, because I want it to happen but I know it’s a lot of work. But crisis equals opportunity. I’ve never given up. We went to Plan B with the WTA, and it did OK. But now we have a chance to go to Plan A.”

This debate rapidly gained popularity as other prestigious players such as Rafael Nadal, Stan Wawrinka, Simona Halep and Nick Kyrgios expressed their position towards the merge. Nadal, quickly supported his colleague and added that it would be a great outcome resulting from the pandemic and the crisis it has brought. On the contrary Kyrgios, stated his opposition with not so much to say and called out for other ATP members to share their opinion and thoughts on this proposal since he thought they’re not having their positions in mind.

Bringing the two tours together, besides promoting gender equality and renovating the sport, would force equal prize money for men and women, which means either paying more to players or male players to accept a reduction on their payment, revealing only one of the challenges this blend would carry. Critics affirm that addressing current disparities will take time as boards have to agree on a formula that accounts for these. Besides, other additional challenges are for example the management of sponsorships and broadcast agreements, these two aspects will certainly have to be renegotiated if the ATP and the WTA are willing to combine.

Finally, some of the female players are left afraid of this meaning them being overshadowed by male players. Yet, it is not new that women have been struggling with gender imbalances since the beginning and most of them are willing to take the risk since this would represent at least an advance in this matter. It’s a very complex and long debate that has to take place eventually, apparently directives of both organizations are aiming to discuss this possibility soon taking advantage of the world’s juncture. Hopefully it will result benefitting of all professional tennis players and promoting a more impartial and fairer game.