Maria Sharapova is back in the public eye, this time because the Court of Arbitration for Sport agreed to reduce her ban from 2 years to 9 months. The suspension appeal concluded that Maria was taking a banned substance to overcome a health issue, not to gain competitive advantage but how these sanctions really affect her career? 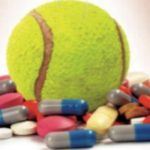 A study carried out by the High Performance National Sport Center in Buenos Aires, Argentina whose aim was  to analyze male tennis players’ career after a doping sanction, based on the background that  ‘there is lack of scientific evidence on the effect of sanctions on players` career. Showed that ‘elite players committed less doping offences than players beyond the 100° ranking position’. The objective of the study was to analyze tennis players’ careers after a doping sanction based on the argument that ‘imposing the same sanction to two different athletes could virtually  end the career of one while amounting to no more than an extended vacation in the career of the other’ . Questions such as whether they returned to competition, how long they continued to compete, how the sanction affected them financially and whether they were able to return to the same level as they previously had achieved would give some indicator of the effect of the sanction.

Main findings of the study showed that elite tennis players are less likely to commit a doping offence than low-level players, and that a minority of players suspended from participation in professional tennis due to doping rule violation were able to reach their peak performance after the sanction and it also showed that doping is not a relevant issue among elite tennis athletes. Ranking position of players at the date of sanction averaged 409° and the highest ranking position of these athletes across their professional career averaged 201°. Most sanctions (70 %) were charged to players beyond the top-100° ranking position and only one player (2 %) was in the top-10° position. The mean age of players at the sanction date was 26 years and only one player (2.12 %) was under 22 years old. Given that the age of peak performance of tennis players is around 24 years, results of this study suggests that tennis players are more likely to commit a doping rule violation in the decline phase of their careers.

A substantial percentage of suspended players did not return to professional competition after the sanction. Other 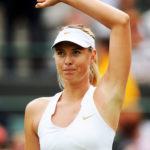 sources  have mentioned that in the case of a positive drug test, the athlete carries a stigma that may lead to a probable career termination. In these terms, for 12.76 % of players in this group, the doping sanction was a true career ending incident. Doping sanction seems to significantly affect tennis players’ career. Only a minority of sanctioned players could reach their peak ranking position after the doping offence and suspension may accelerate the retirement process.

It’ll be just a matter of time to see how this unfortunate episode can affect Sharapova’s career.

Get the latest gear from your favorite brands on www.tennisplaza.com

Tennis Plaza
We Serve Your Game.

Tennis Strings.This is How You Should Buy
The New Wilson Ultra Takes on a New Path.
Tennis Plaza’s Midtown Miami and Ft Lauderda...
What’s your playlist, pro?