Many things have been said on doping and the term seems to be spreading more and more as athletes start testing positive in every sport but, little is known that these substances were first developed in the benefit of sporting events, creating super athletes for the entertainment of the masses. In the last decades moral and ethical standards have been rationalizing conspiracy theories and the misinformed people just jump to conclusions without knowing the history and the facts of these banned substances. 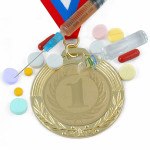 The term doping refers to the use of banned athletic performance-enhancing drugs by athletes, where the term doping is widely used by organizations that regulate sporting competitions. Historically speaking, the origins of doping in sports go back to the very creation of sport itself. From ancient usage of substances in chariot racing to the more recent Sharapova’s case, popular views among athletes have varied widely from country to country over the years. The general trend among authorities and sporting organizations over the past several decades has been to strictly regulate the use of drugs in sport. The reasons for the ban are mainly the health risks associated with performance-enhancing drugs, the equality of opportunity for athletes, and the exemplary effect of drug-free sport for the public.

Events like the endurance cycling races which lasted up to six days brought in the crowds in America. And the more spectators paid at the gate, the higher the prizes could be and the greater was the incentive of riders to stay awake or be kept awake to ride the greatest distance. Their exhaustion was countered by helpers. Among the treatments they supplied was nitroglycerin, a drug used to stimulate the heart after cardiac attacks and which was credited with improving riders’ breathing.  Riders suffered hallucinations from the exhaustion and perhaps the drugs.  Many of whom refused to continue racing as the American champion Major Taylor said “I cannot go on with safety, for there is a man chasing me around the ring with a knife in his hand”. Since then doping in sports is widely (unofficially) accepted a part of the sport as it is now.

Stimulants.
Stimulants is the name given to a certain group of drugs that tend to increase alertness and physical activity. This group include pharmaceuticals such as amphetamines 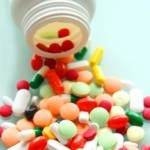 and street drugs such as cocaine, and even caffeine. They usually act on the central nervous system to modulate mental function and behavior, increasing the sense of excitement and decreasing the sensation of fatigue.

Anabolic Steroids.
These are man-made substances related to sex hormones and they are used to induce bone growth, stimulate appetite, improve physical appearance and overall mass and physical strength.

EPO (Erythropoietin).
This is a hormone that stimulates the formation of red blood cells hence increasing the oxygen-carrying capacity of the blood. Usually misused as a performance-enhancing drug in aerobic sports and it’s been banned by the Tour, the Olympics and many other organizations.

According to the ITF (International Tennis Federation) their unified set of rules comply with the World Anti-Doping Code which are the rules established by the global anti-doping umbrella organization, the World Anti-Doping Agency (WADA). The code requires the collection and analysis of samples for doping detection. In 2015, a total 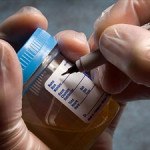 of 4.433 samples were collected under the TADP from men and women during tennis tournaments and at other times (out of competition). Once a sample is found to contain a prohibited substance the player is notified and charged with a violation of the anti-doping rules and then a suspension is imposed. There are some therapeutic use exemptions when a player develop a medical condition, in that case a permission is granted to treat a legitimate medical condition. and to return to a normal state of health.

The most recent case of doping is the Maria Sharapova failed drug test that’s still awaiting a final decision. Some of the most renowned cases are Marin Cilic, Viktor Troicki, Richard Gasquet, Andre Agassi and Greg Rusedski.

Revealing the new Babolat Pure Aero 2016.
The 10 Signs Of a Crazy Tennis Fan.
All You Need to Know About Tennis Strings, Period!
Tennis Plaza FAQ.