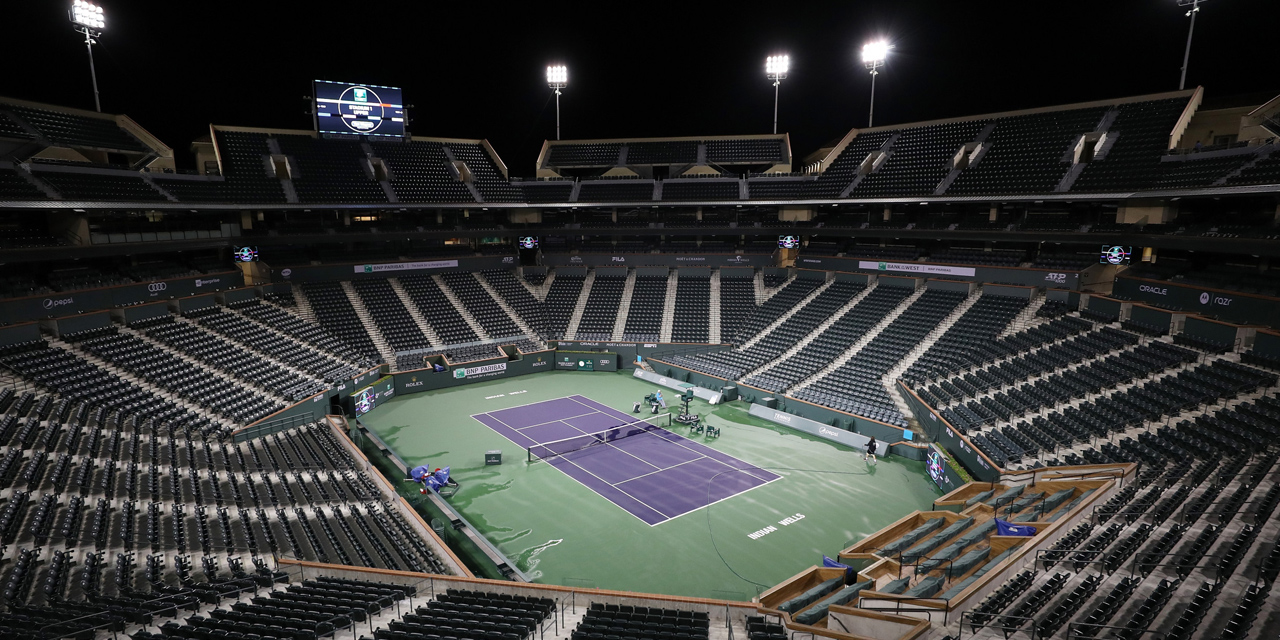 As the Corona virus is declared a pandemic by the WHO it continues to be a major global health matter, tennis players and fans are anxious for the nightmare to stop. The exponential growth of the COVID-19 has directly affected many sports by forcing them to play behind close doors without their fanbases or even making some suspend their games until further notice like they have done with the NBA here in the US and Seria A soccer in Italy, and Tennis is not the exception with many tournaments now being under question as the pandemic grows.

The 2020 calendar has lost one of the most important tournaments of the year: BNP Paribas Open, held at Indian Wells, California. The tournament is not going to be held after The Riverside County Public Health Department declared a public health emergency for the Coachella Valley. “There is too great a risk, at this time, to the public health of the Riverside County area in holding a large gathering of this size” said Dr. David Agus, Professor of Medicine and Biomedical Engineering at the University of Southern California. “It is not in the public interest of fans, players and neighboring areas for this tournament to proceed. We all have to join together to protect the community from the coronavirus outbreak.” 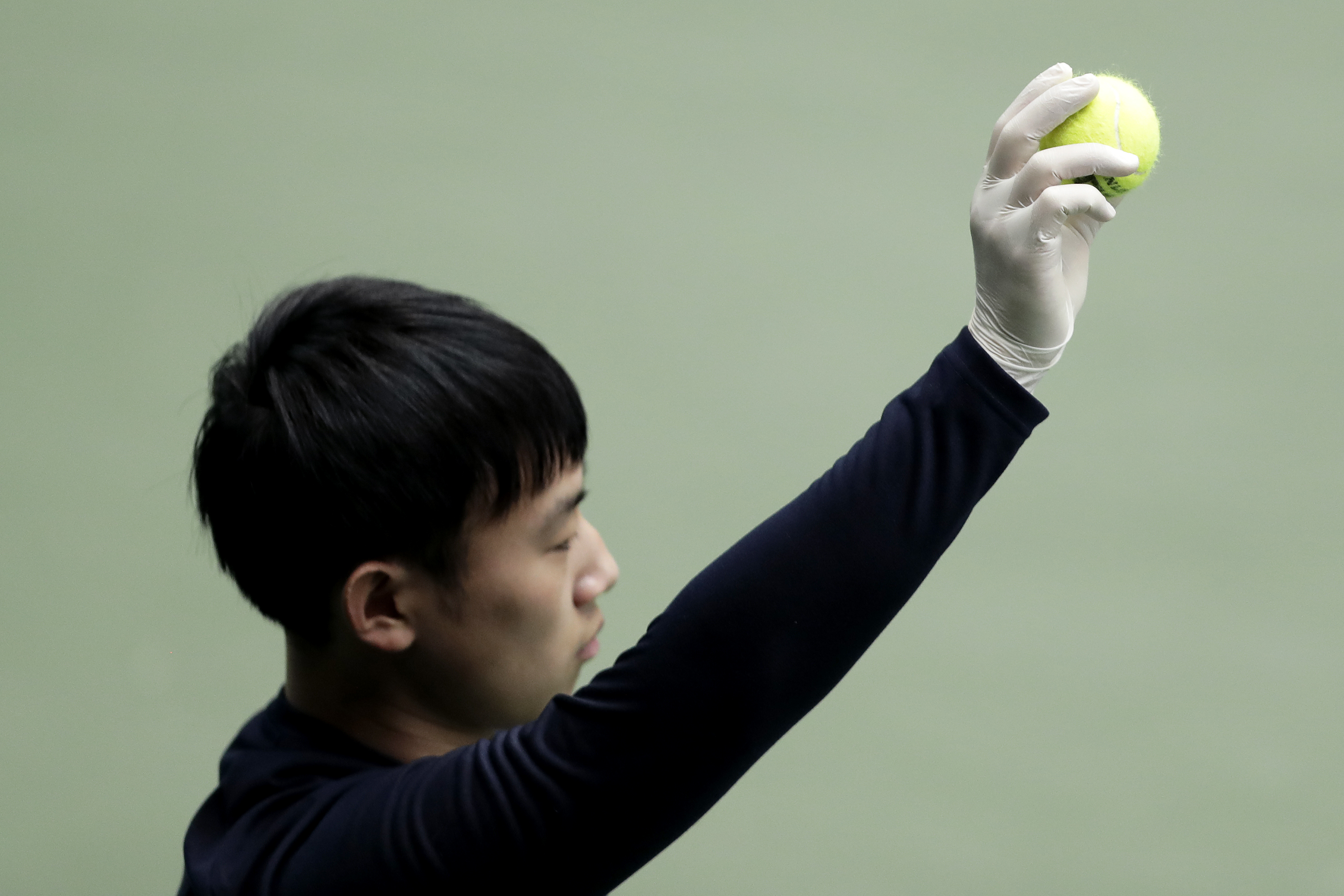 ATP Chairman and former Tennis Player Andrea Gaundenzi also declared “While we regret that the BNP Paribas Open in Indian Wells will not take place, the ATP Tour calendar beyond Indian Wells remains as status quo. We continue to monitor the situation daily, working closely with our players and tournament members with the understanding that direction must be taken from local public health authorities. We are committed to exploring all options for the operation of upcoming tournaments as the health and safety of our players and all other stakeholders remain our top priority. Any further updates will be communicated on ATP platforms.”

Four days later, after several meetings to discuss the best way to handle the situation caused by the global pandemic, the ATP announced a six-week suspension of the men’s professional tennis tour. This decision was not taken lightly but it was taken in concern for the players and spectators health. The suspension means all ATP Tour and ATP Challenger Tour events scheduled up to and inclusive of the week of April 20 will not take place, these tournaments include the BNP Paribas Open in Indian Wells, the Miami Open presented by Itau, the Fayez Sarofim & Co U.S. Men’s Clay Court Championships in Houston, the Grand Prix Hassan II in Marrakech, the Rolex Monte-Carlo Masters, the Barcelona Open Banc Sabadell, and the Hungarian Open in Budapest. 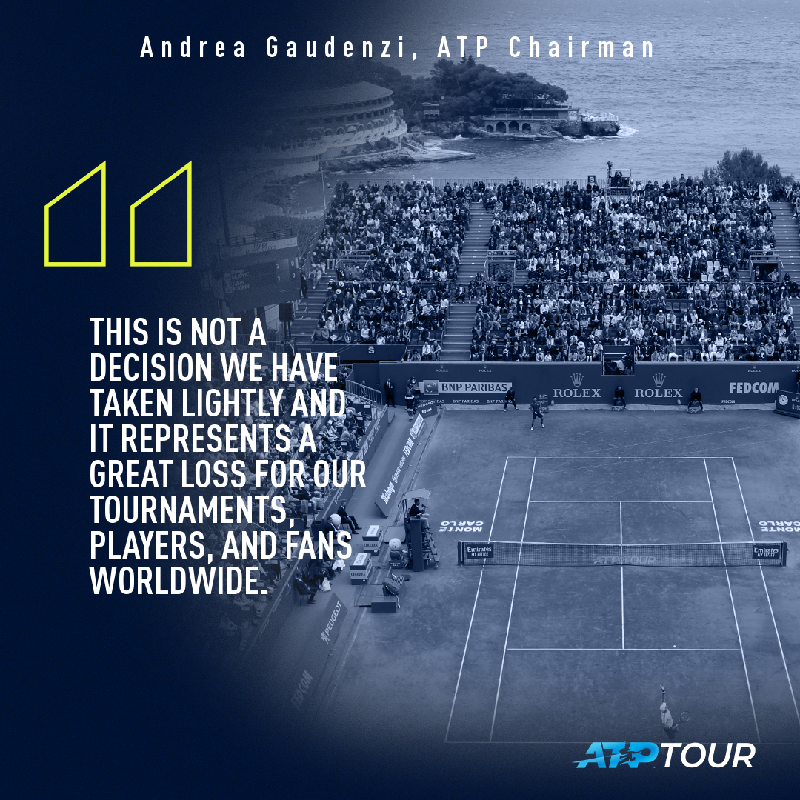 Tennis stakeholders continue looking forward to what may happen with the rest of this year’s calendar and expect this Global situation to end soon for the sake of sports and humanity in general.

French Open Controversy… about a Shirt?
The Modern Tennis ball
Doping in Sports
Tennis Balls and How to Choose Them