Home » VCORE The New Face of Fierce
Spread the love 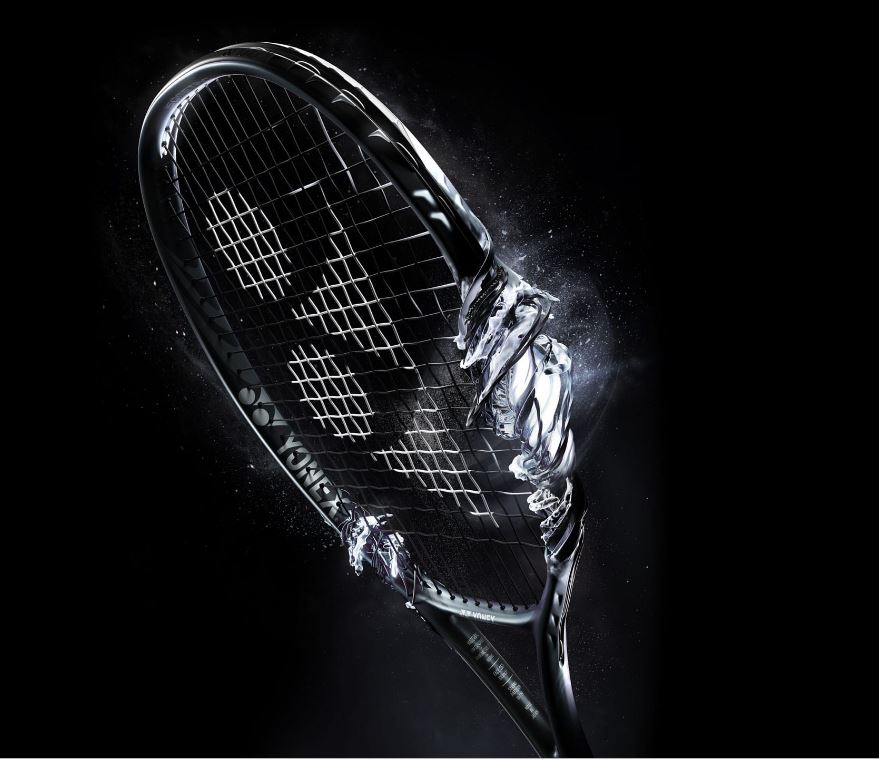 Experience the new shape of spin in a bold new color.

A re-introduction of the best-spin racquet in Yonex tennis history by introducing a bold new color into the Vcore Line. By combining innovative technology with the signature ISOMETRIC frame, the new VCORE is engineered for higher spin when compared to the other Yonex racquets. New Aero Fin technology above the throat creates a faster, thinner frame for increased ball-pocketing. Newly engineered straight hole grommets allow for more string movement to expand the horizontal sweet spot, while the Aero Trench reduces air resistance for easy maneuverability.  This allows for greater string response allowing you to feel the ball more and manipulates it to give you the spin you need when you need it. Want to try out this racquet? Remember it is available for Demo at Tennisplaza 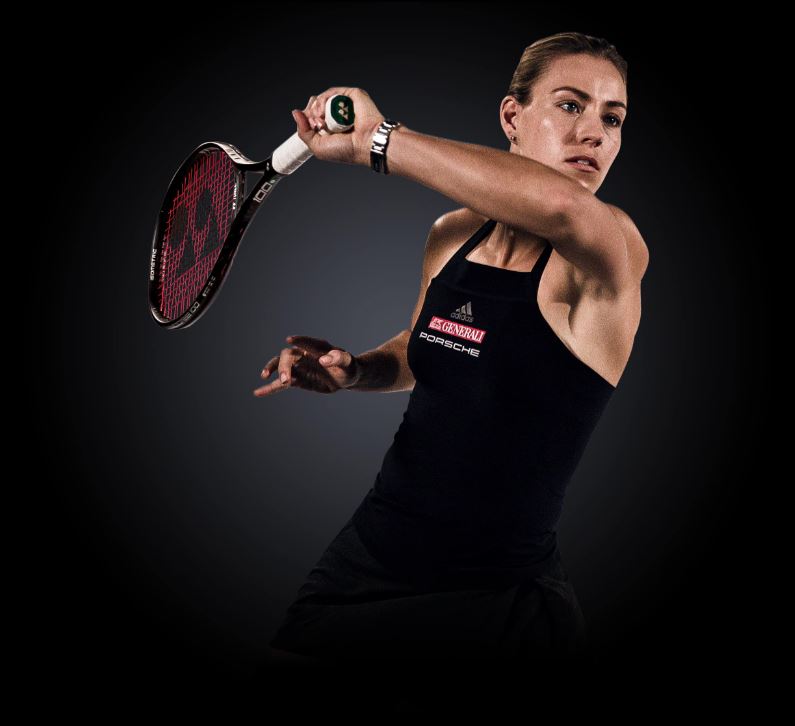 Angelique Kerber began competing with Yonex racquets two decades ago, she has won over the crowd with her mental edge and relentless defence. In 2016 Kerber claimed the Australian Open and the US Open titles on her way to becoming the world No. 1. In the summer of 2018 Kerber delivered an incredible performance beyond all expectation as she defeated the heavily favoured Serena Williams at the Wimbledon Final giving her 3 total Grand Slams and later finished the year off as No. 2 in the world. The German Superstar will begin 2019 nearly 20 spots ahead of where she began last season only now sporting the New VCORE in Galaxy Black instead of in Red. The VCORE series has been Kerber’s racquet of choice since its inception and has seen it become the most popular Yonex racquet on tour.  To see Kerbers on court equipment be sure to visit Tennisplaza where you can shop by player. 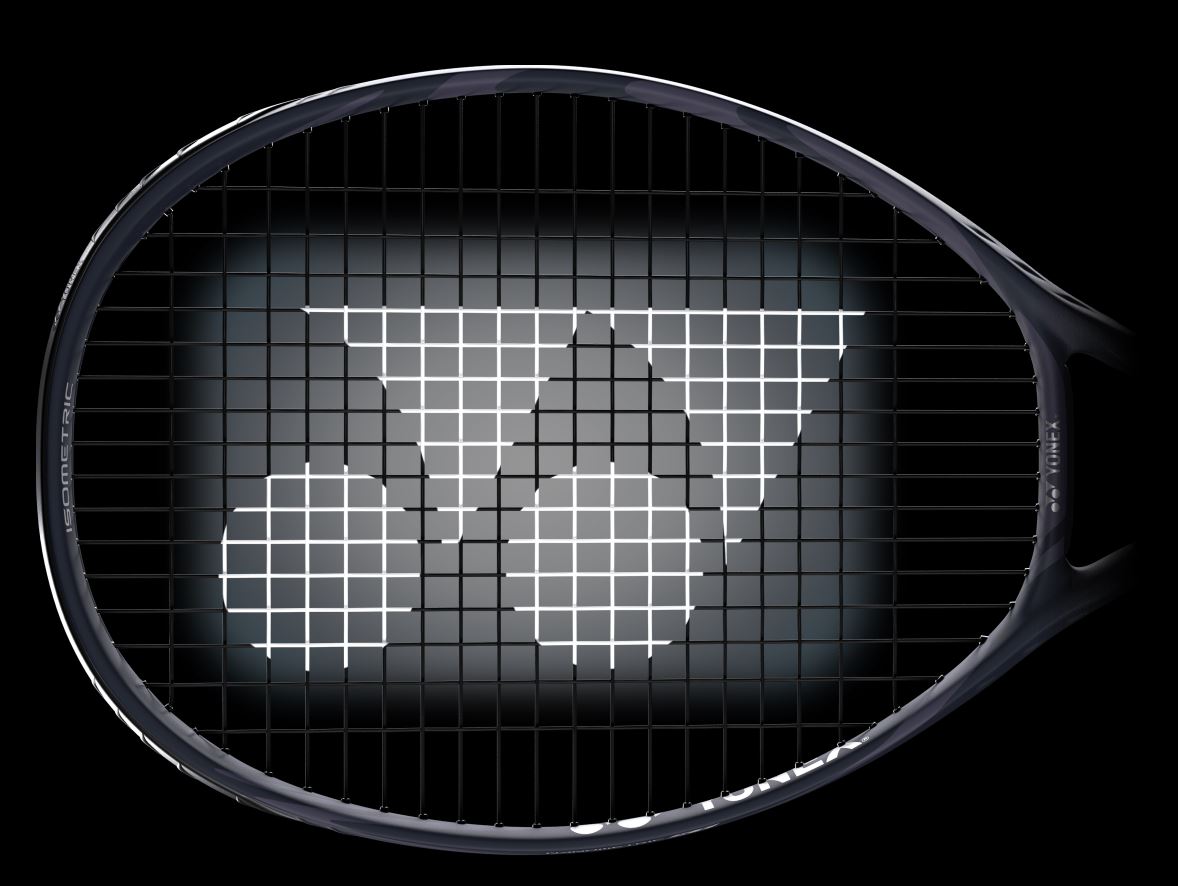 Aero Trench To achieve faster head speeds for increased spin potential, the new Aero Trench reduces drag by uniquely hiding the grommets located at the top of the racquet frame. 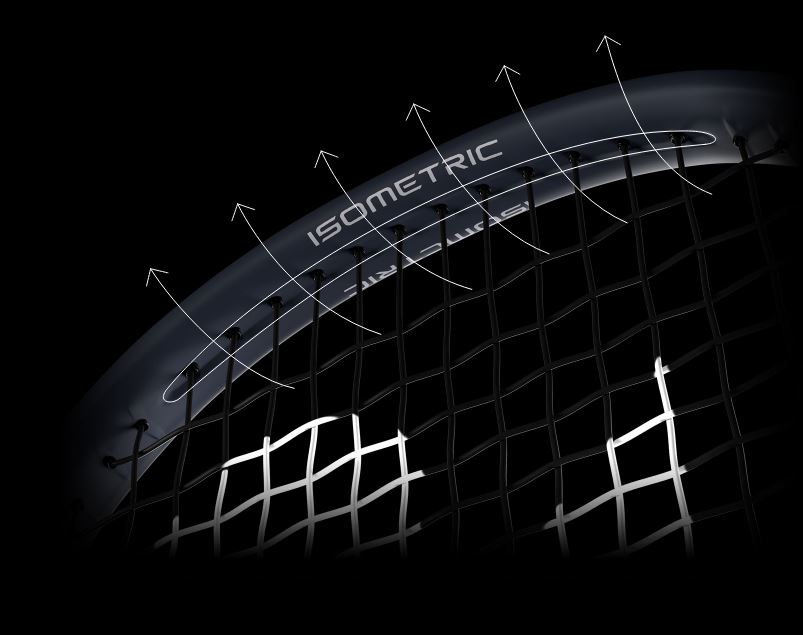 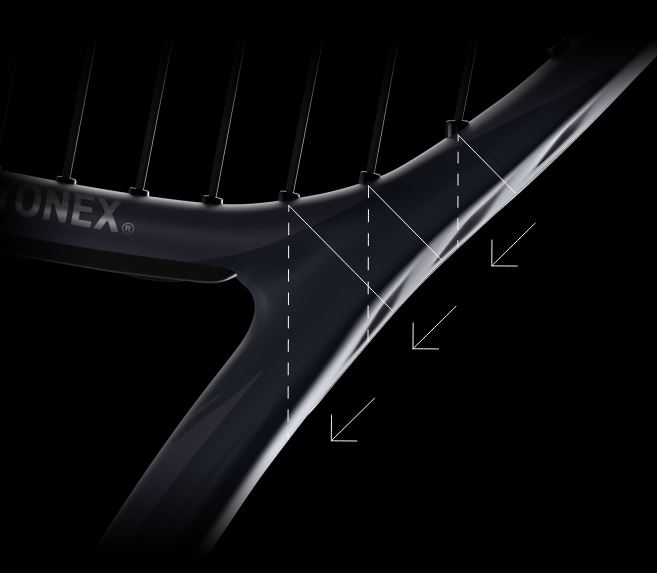 Aero Fin Aerodynamic fins that were featured in the VCORE SV have also been upgraded and positioned towards the bottom of the VCORE’s frame. The new Aero Fins are strategically carved out sections that allow for improved maneuverability. 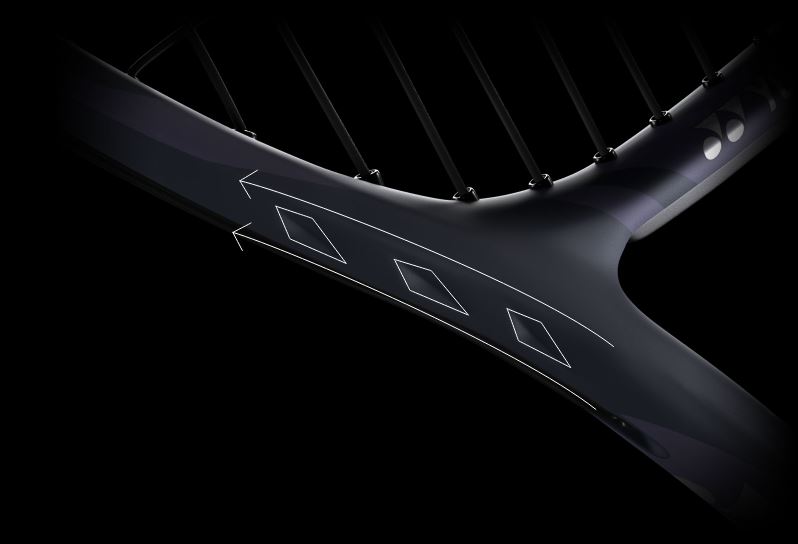 ISOMETRIC Frame The ISOMETRIC design increases the sweet spot by 7%. Compared to a conventional round frame, a square-shaped ISOMETRIC racquet generates a larger sweet spot by optimizing the intersection of the main and cross strings.

Experience the new shape of spin in a bold new color. Designed for maximum spin potential, the VCORE features an aerodynamic frame for more easy maneuverability and A revolutionary graphite designed to maintain its flex during fast swing speeds so you can grip the ball to produce aggressive, attacking spin all while feeling the ball more and being more comfortable in attack mode. The VCORE is now available in Galaxy Black and in Flame Red. Want to try out this racquet? Remember it is available for Demo at Tennisplaza 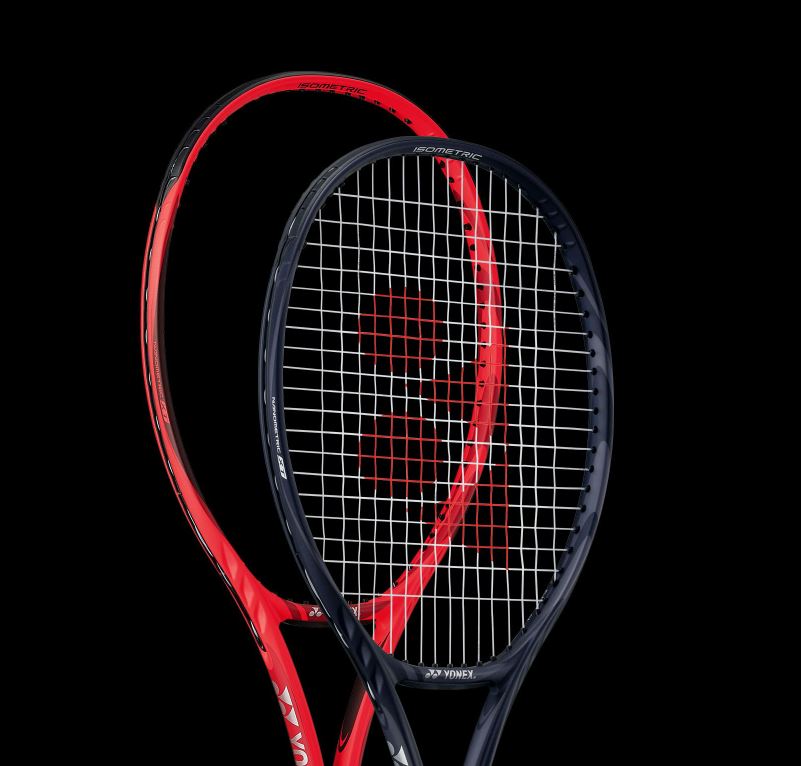 Road to the U.S. Open
Yonex Vcore Pro 2019
Which Racquet Has Won The Most ATP Tournaments (So...
Sizing Junior Racquets